I pause before the peeling, sagging gate,
the drunkenly leaning picket-fence palings,
some fallen, abandoned to their slow-rotting fate.
Here stands an overgrown thicket. The plants assailing
the fence romp beyond it. Spring will come too late
for the dying, twining vines scrambling up, scaling
the decaying boundary, blurring all that would show: this was once a garden.
Tangled thorn-branches snatch
at my hair as I duck beneath a bloomless rose.
I wade through waist-deep weeds. Spiked teasels catch
at my skirt.
Few prim plants in shaggy borders grow,
where Queen Anne’s lace and fennel riot. Dead weeds thatch
the cracked plastic gutter of a slumped, wooden shed.
One half of it fallen; the other half crumbling, and bent
with the strain of supporting itself.
Every thing is dead.

But wait. A cold gust of wind flings a scent,
fresh, sweet, and lemony, as if Spring crept ahead
to strew Winter with fragrance. The heady perfume dents
the leaden mood of death. I start forward to trace
the silk scarf of scent past the wild mass of tangled
shrubs and tares. There, looking not out of place,
is a wizened bush, boughs all twisted and mangled.
But amber buds cupped with a childish grace
are held in brown sepal-hands. A few faded leaves dangle.

Sweet fragrance and memories slowly drift back.
Here, where weeds run rampant and picket fences sag,
lived an old kuia. Loose clothes hung off her like flour-sacks.
Her fingers were gnarled twigs, her face a crumpled paper bag.
But kindness carved a moko through its creases and cracks.
She would sit on her porch at dawn, puffing her fag,
keeping an eye on the valley, and us, her neighbour-friends.
When dusk dropped its curtain down on our dell,
her lights would gleam out at the winding road’s end,
and a dark-frightened girl would feel comforted, all was well.
Year by year, we children would wander up to the bend
where her house stood, wafting its warming smells.
Like lengthening shadows in the noonday sun,
the childish figures grew older – tall, and strong.
Where I once passed the old woman’s house at a run,
I slowed to a gangly lope…then easily strolled along.
But though time and times would be past and done,
in our minds, ‘Nan’ would always be there. She belonged.

Then she died.
But memories loving in the winter of grief
scent the place – and people – she tended.
A gnarled old bush, in tattered leaf,
had the sweetest fragrance extended. 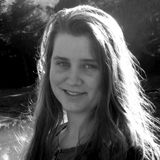 For sponsorship and help with promoting…