I don’t know very much about physics, but here’s everything I know about string theory,
more or less. And a bit about some other things I know, as well.

The first thing I ever learned about string theory was that it was made up to tie all of our
disparate branches of science together, which makes me think of it like a string that goes
round and round the universe, holding it together like a bundle of wheat with a cinched waist.
Holding together our Melania Trumps and the quasars,
our traffic rules and our cats in boxes with the dwarf stars and the wormholes
and all the little bits that make up atoms, tied together with an asteroid belt.
And that’s our Albert Einstein, standing out there, the galaxy’s conductor, our new century’s
Atlas, keeping the universe from falling apart.

The second thing I learned about string theory (and something I probably did know all along)
is that it doesn’t actually work like that. Really, not even close.
Instead, it’s the idea that everything in our universe is made up of tiny strings. To a physicist,
a string is anything that is much longer than it is wide. Physicists see strings in much the
same way I see people. A person is anything that is much more thought than science.
But the essential thing about string theory is that no one really knows if it’s true or not.
Although by following that train of thought all you really end up with is a whole knot of
questions chasing each other’s tails because no one actually knows if any of our theories
about the universe are real or not.
It’s a bit like that Joni Mitchell song about the clouds, but more mathematical – we really
don’t know strings at all. Most people find that a bit off-putting, which is understandable.

But perhaps the most important thing I learned about string theory is this: To a physicist,
everything is made up of strings. And, someday, that’s going to explain everything.
Everything in the whole universe. We’re all much longer than we are wide.
I guess, in that way, string theory does hold people on earth together with the dwarf stars,
because being made up of the same thing very nearly makes us the same.
And maybe if string theory can connect us with celestial objects several million light years
away it could even, someday, connect us with people.
The way other people think may be the only thing in the universe more confusing than
physics. 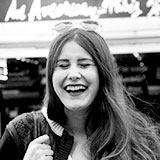