Waterfaerie, beautifish, why did it have to be like this?
Future, present, forgotten past, moonlight flickers in no shape cast

At eventide he’d close his eyes, the dreams that came were endless
Beneath the seas and oceanskies, scales gleamed, she swam so careless
Who’d have thought, that just in sport, two lives could be changed at will?
They’d hunt on mutual territory, and meet, before the dawn would spill

Oceanlegend, watersong, above the twisted kelp so long
A tale that would come to pass, a tragedy across the sea like glass

He’d set off whilst still dark, into the sea he’d cast his nets
She was swimming with a whaleshark, not quite knowing what to expect
Two adolescents upon their way, before the dawn and break of day
With fates entwined, they’d yet to find, the trouble they’d cause and pay

He’d lain to rest, not minding his nets, that would tug, resist and pull
She’d glimpsed a truly curious sight, one she just had to see in full
So up she swam, unseen nets that ran, two paths sure to collide
So sudden he’d wake, not sure what bade, but feeling so wrong inside

Earthen land, ocean sea, having caught what should be free
Taken, captured, caught, entwined, scales began to lose their shine

He checked his nets and in his chest his heart was beating fast
Deadly wounds, the pain that bloomed, sure each moment was her last
In his arms he finally found her, kissed her brow and gently held her
She closed her eyes, the stars grew dull, the sun began to rise… 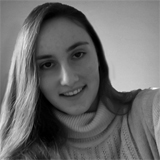